Anna Maria Huszcza – laureate of many competitions for composers, arranger, author of musicals, film and theatre music, choreographies and…songs for children. Few days ago her debut album was released, awesome combination of saxophone, electronic and folk music. Find out, why you should listen to this amazing album.

Artur Pruziński: Ania, Requiem Records has just released your debut album „wydziwiAnka”. Where can we buy it, for how much? Tell us a little bit more about distribution process.

Anna Maria Huszcza: The album is already available on Requiem Records online shop. It costs 35 zł. There is also limited edition with special bags designed by me (for 45 zł). Each one original, unique.

Artur Pruziński: Yeap – they are beautiful, I have seen them. Handles are made of cables?

Artur Pruziński: Oh, you have made them on your own. I suppose that’s a lot of work, even twice more than recording album (laughs).

Artur Pruziński: Let’s get back to distribution topic. Big stationary stores… can we find „wydziwiAnka” there?

Anna Maria Huszcza: Well, talks are in progress. There is such a chance.

Artur Pruziński: Your album contains compositions written over the past few years, starting from 2009. The last song was written a few months ago. All of them performed by excellent musicians. An unusual mix of electronic, folk and saxophone sounds. Is there any common denominator for this album? What is the idea of such combination?

Anna Maria Huszcza: The idea for the album was created with the opportunity to apply for the „Młoda Polska” scholarship. With this scholarship you can really do a lot of things, buy equipment, instruments and record some pieces of music, what I wanted to do a long time ago. Now, why electronics, folk, sax? I found that the album must have a guiding element. There are two works composed before for Paweł Gusnar’s Saxophone Varie, which in 2014 won Fryderyk Award. I started the cooperation with Slovenians, with whom I made another folk-electro-saxophone song. Following this path, situation created a coherent concept… I mean to gather all the saxophone songs in one place. Artists from Europe, Asia write to me quite often asking for the scores of my songs. As you can see in the booklet, scores of 5 pieces will be published by Ars Musica in 2017.

Artur Pruziński: Ok, in the world of classical music you are highly appreciated. But „wydziwiAnka” is the album which, in my opinion, might be interesting for „the rest” – I mean people who are not keen on classical music, who prefer to listen something more modern.

Anna Maria Huszcza: Undoubtedly, this is not easy music (laughs), but I am sure this is something in the middle, not typical classic music neither pop. So yes, it might be interesting for Mr Kowalski, Mr Schmidt or Miss Jones (laughs). I would even say there are more like movie songs. Since album teaser has been published, a lot of people interested in folk music write to me. In December 2016, I had a great experience regarding contact with listeners of my music.  I was asked to do lecture in Wola Ossowińska. Topic ”Folklorism in electronic music”. A week before I checked to whom this conference will be addressed, whether it be musicologists, or maybe ethnomusicologists. Well, I got the answer „farmer’s wives association” (laughs). But during the conference, ladies have been discussing a lot. They said they also would like to do some folk songs – maybe a bit electronic and if I could record them, produce and show the other grandmothers (laughs).

Artur Pruziński: So, you recommend it to grandmothers (laughs)?

Artur Pruziński: You mentioned that musicians from different countries correspond with you via an email, that you work with artists from Slovenia. How such a process look like in practice? The whole is done via the Internet or you meet each other in reality?

Anna Maria Huszcza: Exactly (laughs). Later it has become something more… I met Weronika Partyka, who sings and plays alto saxophone. She is Polish, but has moved to Ljubljana to study music. Rafał Zapała, composer from Poznań, introduced me to her and told me: „Listen, there’s a girl, Pole in Slovenia, very cool, definitely you will like each other. She may wish to play your stuff.” I went there, actually became friends.

Artur Pruziński: Was there any local Jägermeister (laughs)?

Anna Maria Huszcza: Of course, Pleterska Hruška (laughs). Anyway, friends from Slovenia asked me to go with them to see the rehearsal of SOS Saxophone Orchestra and.… my circle of friends has widened very quickly. I had an idea for a new work for them called „Nihanja”.

Artur Pruziński: Is there any artist, who you dream to work with?

Anna Maria Huszcza: Probably not, never have thought this way. First, I’d rather get to know people, then create something together. Never thought, if only Nigel Kennedy wanted to play my music (laughs).

Artur Pruziński: Despite you are young, you have already won many awards, including Fryderyk for album „Saxophone Varie”. Which of them are you most proud of?

Anna Maria Huszcza: Well not so many.

Anna Maria Huszcza: No, honestly. I swear. A lot of composers send works for competitions, because it is a form of promotion. And when you become already a well-known composer, have many „jobs”, you simply do not have any time for competitions…

However, when it comes to awards, undoubtedly „Warsaw Autumn”. My first encounter with electronic music, made on weak hardware, sent at the last minute, because I didn’t believe I have chances and forgot about the dates. Then came a letter from the jury that I was qualified for the final. What is more, Tadeusz Baird’s competition and my „SaHarBAD” work for saxophone and harp. That gave me immense joy. The same as „Kielmin” – a combination of folk and electronic music. Short track, it seemed to me that not so avant-garde for competition organized by the Philharmonic in Kielce, but the jury appreciated it. A lot of joy gave me Fryderyk award for Paweł Gusnar, as I worked with him on the award-winning album. 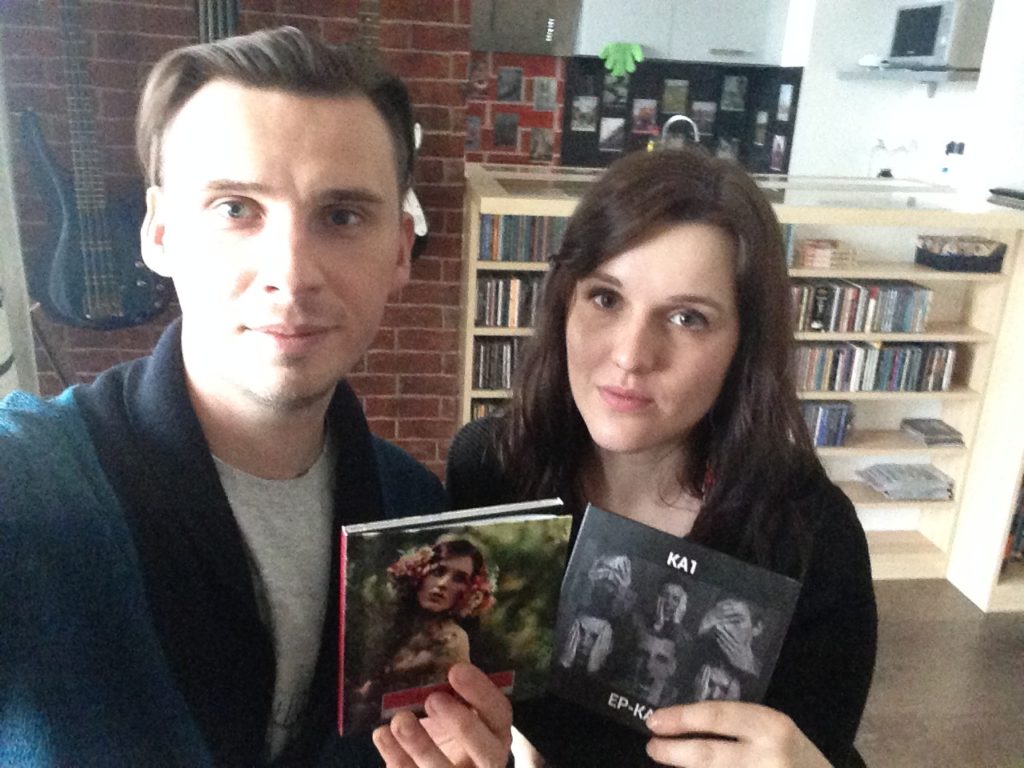 Artur Pruziński: Simple question, are you appreciated by mainstream… in your opinion?

Anna Maria Huszcza: In fact, I’m writing a very different kind of music. Besides classical music, folk, electronic I compose already e.g. mentioned songs for children. And as it turns out mainstream mainly knows my songs for children. This is fun. People come to my site looking for the children’s songs. For now the most popular one „Fajni dziadkowie” is a real hit (laughs)! There are even videos on YouTube with children singing my songs. It is really charming and very nice.

Anna Maria Huszcza: In the autumn I would like to do two concert, which will be performed, both in Poland and Slovenia. Also my publisher came up with the special idea of promotion, to join forces with composers from Opus Series and touring together. Everyone will have one or two songs from their album.

Artur Pruziński: In concert halls or rather in some independent clubs, off-places?

Anna Maria Huszcza: Off for sure. We will try to play in clubs or in post-industrial areas. We’ll see.

Artur Pruziński: What should I wish you when it comes to your career?

Anna Maria Huszcza: I’d love to write musicals, especially for children. This is the music that gives joy to everyone, including me, quick and quite easy to create and gives great satisfaction.

Artur Pruziński: That is what I do wish you. 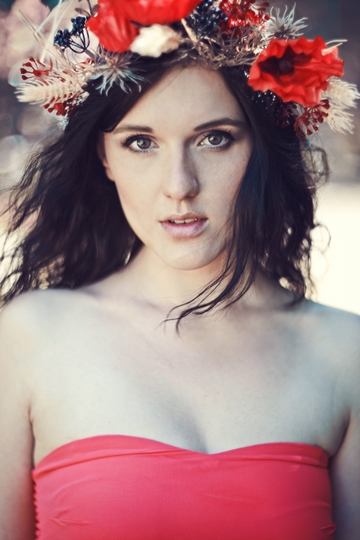 Anna Maria Huszcza (1987) – MA in composing and rhythmics, graduate and PhD candidate at Fryderyk Chopin University of Music in Warsaw. Her compositions combine different musical styles from solo, chamber and symphonic music via electronic and multimedia pieces and film music (Zbigniew W. Kowalewski documentaries: Z nieba do nieba / From sky to heaven, Division 304 and computer animations), theatre music (among others: short plays by Michael Frayn, Rytuały-MimOpera) and musicals (Alice in Wonderland) to music for children. She is also an arranger (e.g. Let the sunshine in, The Mist, Sleepy roses / Senne róże, Spider-Man, Battle of Warsaw 1920). She is especially keen to work on interdisciplinary projects, combining music with dance, images and words. She is an author of multiple choreographies. Her works have been presented both in Poland and abroad: in Slovenia, Czech Republic, Germany, France, Sweden, Belgium, Lithuania, Ukraine and Japan. The compositions have been performed at many prestigious festivals, including International Festival of Contemporary Music Warsaw Autumn, Poznań Musical Spring and international saxophone congress SaxOpen in Strasbourg. 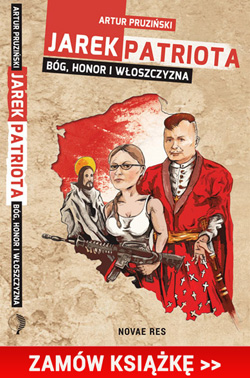